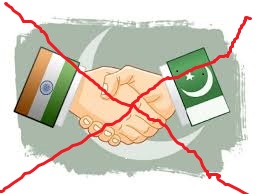 Pulwama Terror Attack LIVE Updates: Prime Minister Narendra Modi on Friday said Pakistan will have to pay a heavy price for the terror attack in Pulwama a day after a car bomber belonging to the Jaish-e-Mohammad killed 37 CRPF jawans. The government has also announced it will withdraw the most favoured nation tag given to Pakistan, effectively closing down trade further between the two countries.

The Prime Minister, after chairing a Cabinet Committee on Security meeting with his top ministers, said the security forces have been given full freedom to retaliate. “The forces behind this act of terrorism & those responsible for it, will be definitely be punished,” he said. Union Minister Arun Jaitley, who resumed charge as finance minister on Friday, said the government will initiate all possible diplomatic steps to ensure Pakistan’s complete isolation from the international community for having a direct hand in this attack.

In one of the deadliest terror attacks in Jammu and Kashmir’s three decades of militancy, a suicide bomber from the Jaish-e-Mohammed (JeM) terror group rammed an explosives-laden vehicle into a CRPF bus in Pulwama district on Thursday.Home Minister Rajnath Singh is scheduled to visit the Valley to take a stock of the situation. All ministers of the Bharatiya Janata Party have also cancelled their political rallies for Friday.

“The Indian government condemns in the strongest possible terms the cowardly terrorist attack on India’s brave security forces in Pulwama,” the Ministry of External Affairs said in a statement. This heinous and despicable act has been perpetrated by Jaish-e-Mohammed, a Pakistan-based terrorist organisation proscribed by the UN and other countries, it said.

“The terror group is led by the international terrorist Masood Azhar, who has been given full freedom by the Pakistani government to operate and expand his terror infrastructure in territories under Pakistan’s control and to carry out attacks in India and elsewhere with impunity,” the MEA said.

Countries from across the globe also condemned the terror attack in Pulwama, with global leaders like the US, Russia and France asserting that they stand with India in combating the menace of terrorism.

Meanwhile, the White House has asked Pakistan to immediately end “support” and “safe haven” to all terror groups as it strongly condemned the Pulwama terrorist attack. “The United States calls on Pakistan to end immediately the support and safe haven provided to all terrorist groups operating on its soil, whose only goal is to sow chaos, violence, and terror in the region,” White House Press Secretary Sarah Sanders said in a late night statement on Thursday.

Pakistan, however, has denied allegations and said that it has “always condemned acts of violence” anywhere in the world. “We strongly reject any insinuation by elements in the Indian media and government that seek to link the attack to Pakistan without investigations,” it said.