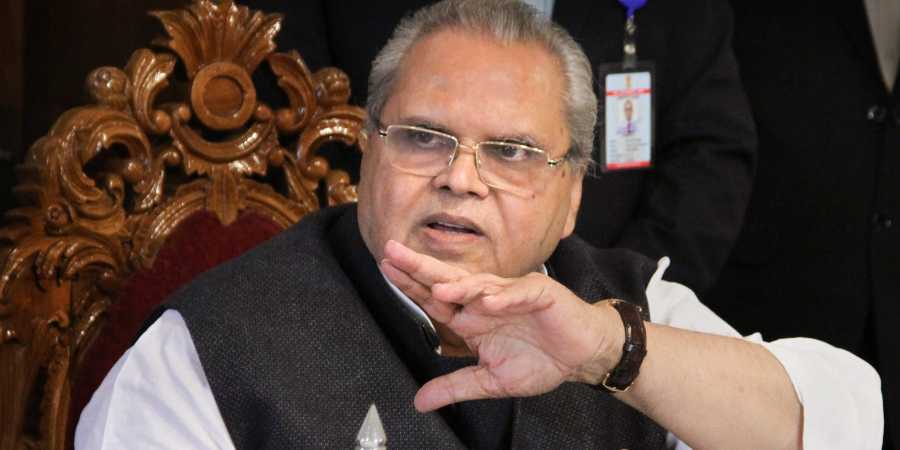 SRINAGAR & NEW DELHI: The Fidayeen attack on the CRPF convoy which left scores dead on Thursday has come as a massive blow to the forces on security duty in the Valley.

J & K Governor Satyapal Malik agreed there had been a ‘serious security lapse’, while assuring of a ‘specific and strong response’ to the attack that left over 40 jawans dead on Thursday.

“In the event, such a big convoy of over 2500 men should not have travelled in the manner they did; and if they had to, they should have accelerated to high speeds making a terrorist attack untenable”, he said.
He said, if there had been proper security surveillance and checks on the highway, the deaths could have been avoided”

“Defnitely, there was a lapse. Security forces would now have to sit together, analyse and take measures to plug such loopholes”, he added.

Of the many questions raised in its aftermath were, whether there had been a serious security lapse, especially when there are reports that the Jaish-e-Mohammad (JeM) had issued several warnings of such a strike at various intervals in the past, none of which may have been taken seriously.

The suicide hit on a close to 78-vehicle long para-military convoy on a highway said to be secured fully by the troops, do raise the issue of lapses on the part of the forces’ field intelligence wing.

There are versions on the mode of the hit-none of which have been confirmed. While, some in the intelligence community point to a possible ramming of bombers own car while targeting the convoy, others have indicated, that the killer vehicle was stationary. In either case the question is whether the road opening party (ROP) missed the explosive laden vehicle on the road, or did they fail to see the oncoming militant vehicle.

The U.S. Mission in India strongly condemns today’s terrorist attack in Jammu & Kashmir. We send our heartfelt condolences to the families of the victims. The United States stands alongside India in confronting terror and defeating it. #KashmirTerrorAttack

CRPF waging a war within

New Delhi: The CRPF is the lead force mandated to handle internal security responsibility but has had a few issues related to budgetary allocations, which short changes its own security. Insiders say, proposals for purchase of the critical Mine Protected Vehicles (MPVs) and Bullet Proof (BP) Vehicles have been pending for long. A senior officer informed that the force is working to augment resources but procurement has been delayed due to lengthy procedures.

India on Friday hit out at Pakistan over the Pulwama terror attack and reiterated the demand that Jaish-e-Mohammad chief, Masood Azhar, be proscribed by the UN, a move that has been consistently blocked by China.

In a late night response, however, Islamabad expressed “concern” over the attack and rejected any attempt to link the attack to Pakistan “without investigations.”

The major suicide attack on a CRPF convoy by Pakistan based Jaish-e-Mohammed, often described as a lapdog of the ISI, sparked outrage and condemnation from across the world.

The US Mission in India strongly condemns today’s terrorist attack in Jammu & Kashmir. We send our heartfelt condolences to the families of the victims. The United States stands alongside India in confronting terror and defeating it,” tweeted US ambassador to India Kenneth Juster.

We denounce terrorism in all its forms and manifestations and reiterate the need to combat these inhuman acts with decisive and collective response without any double standards, said a statement issued by the Russian Embassy in Delhi.

“….I call on each state to effectively combat terrorist networks and their funding channels and to prevent the cross-border movement of terrorist groups, such as Jaish-e-Mohamed, who has claimed responsibility for this attack,” added the French Minister of Europe and Foreign Affairs, Jean-Yves Le Drian.

“Israel…. stands by our Indian friends during this difficult hour. We send our deepest condolences to the CPRF and their families, the people of India and the Indian government following the terrible Kashmir Terror Attack,” said Ambassador Dr Ron Malka.

“Germany strongly condemns today’s heinous terrorist attack in Jammu and Kashmir. Our thoughts are with the victims and their families,” said the German Embassy. 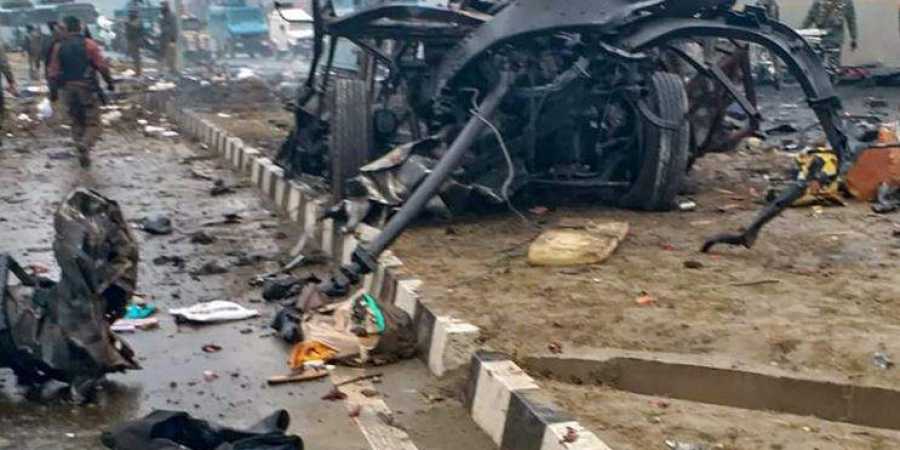 “…We denounce terrorism in all its forms and manifestations and reiterate the need to combat these inhuman acts with decisive and collective response without any double standards. May we express sincere condolences to the grieving families of the deceased and wish a speedy recovery to those injured,” said a statement issued by the Russian Embassy in Delhi.

Closer home, Sri Lanka’s Prime Minister Ranil Wickremesinghe tweeted “the brutal terrorist attack in Kashmir’s Pulwama district (was) the worst ever terror attack in Jammu and Kashmir since 1989. I express my condolences to @narendramodi and the families of police officers who lost their lives.”

I strongly condemn the brutal terrorist attack in Kashmir's Pulwama district — the worst ever terror attack in Jammu and Kashmir since 1989. I express my condolences to @narendramodi and the families of police officers who lost their lives.

“It was with deep shock and horror that I learnt of the bomb blast in Pulwama, Kashmir, that caused tragic loss of life and distress to many dozens of CRPF personnel,” wrote Abdulla Shahid, the Maldives foreign minister in a message to external affairs minister Sushma Swaraj.

“…At this time of sorrow and devastation, I wish to extend on behalf of the Government and the people of the Maldives and in my own name, profound condolences and sympathies to… the people of India, and especially to the bereaved families of the brave Indian Army. The Maldives is fully committed to the fight against terrorism and will continue to work closely with India, and the international community in eliminating this global menace,” he added.

MEA hits out at Pak
New Delhi: The ministry of external affairs on Friday hit out at Pakistan and reiterated the demand that Jaish-e-Mohammad chief, Masood Azhar, be proscribed by the UN. The move to declare Azhar a terrorist by the UN has been consistently blocked by China. “This heinous and despicable act has been perpetrated by Jaish-e-Mohammed, a Pakistan-based and supported terrorist organisation proscribed by the United Nations and other countries,” said a MEA statement.