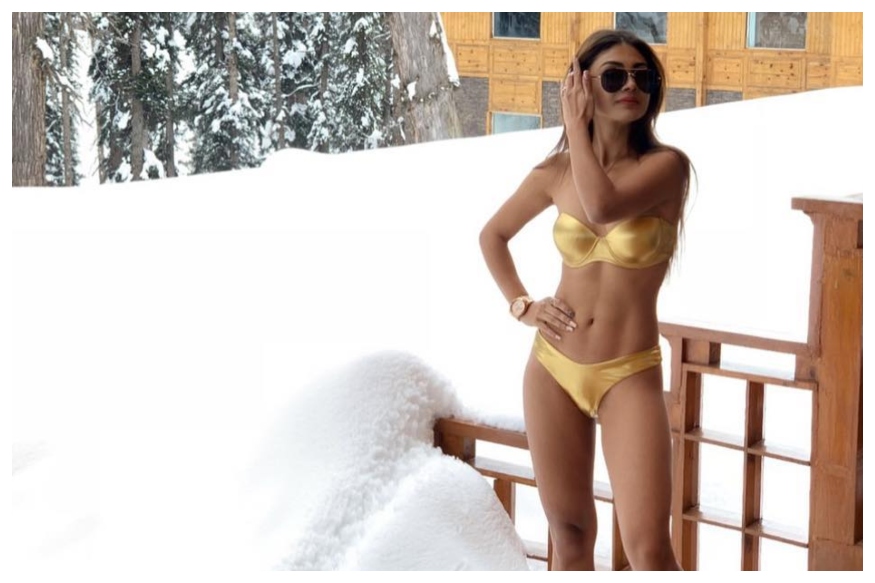 While holidaying in Kashmir, television actress Sreejita De decided to take up the challenge to pose in minus 10 degrees temperature in nothing but a gold bikini, just to ‘see how it feels’.

She posted a couple of pictures of herself where she is seen standing in a snow-filled balcony of what seems like her hotel in a metallic gold bikini, flaunting her washboard abs.

The actress tried to recreate the trend initially started by Kardashian sisters Kendall and Kourtney, who had posed in skimpy bikinis during their ski trip in Aspen last month.

While she got trolled by some for spelling ‘Kardashians’ incorrectly, fans mostly lauded her guts for braving the cold. “Hats off to you for completing this challenge And darling you are looking absolutely stunning and looking hot as always,” a fan wrote.

She rose to fame with Uttaran, where she played Tapasya’s (Rashami Desai) daughter Mukta. Sreejita currently plays the role of a chudail in the TV show Nazar.