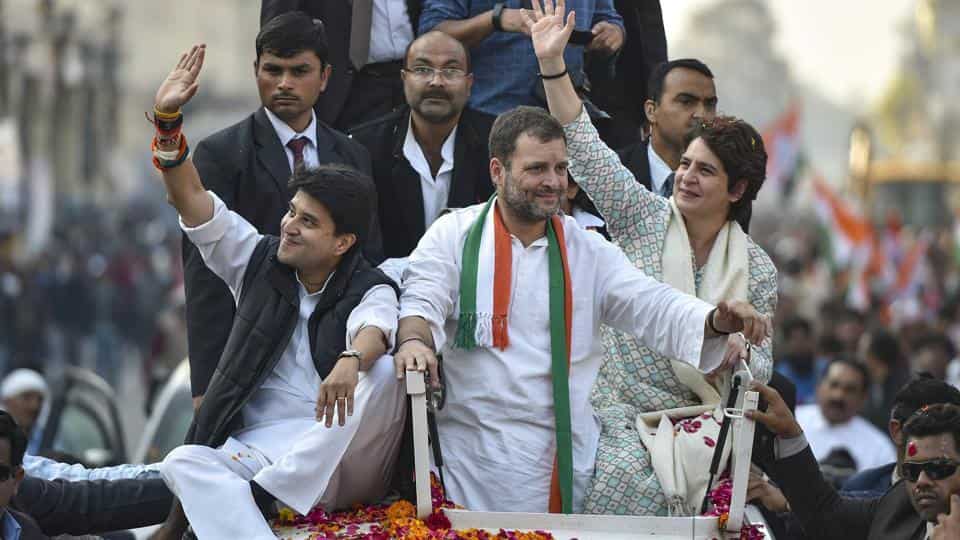 A mega roadshow in Lucknow that drew thousands grandly marked Priyanka Gandhi Vadra’s entry into active politics on Monday. Priyanka, the Congress’s east UP in-charge, was accompanied by her brother and Congress chief Rahul Gandhi and Jyotiraditya Scindia, tasked with reviving the party in the eastern part of the state.

The song is from the 1981 movie Rocky where Sanjay Dutt made his debut.

When the three senior Congress leaders embarked on the roadshow, from the airport to the party headquarters, rose petals and marigold garlands were showered at their cavalcade.

Priyanka Gandhi’s step into active politics from eastern UP is likely to pose fresh challenges to the ruling Bharatiya Janata Party (BJP) that had won 71 of the 80 seats in Uttar Pradesh – 73 with an ally in 2014 general elections.

Priyanka Gandhi has been tasked with reviving the party in UP.

She is being pitched by the Congress party as a game-changer with her charisma and voter connect.

But her so-called ‘mission’ is to revive the Congress in a state that has been pushed to the margins – and it is no easy job.