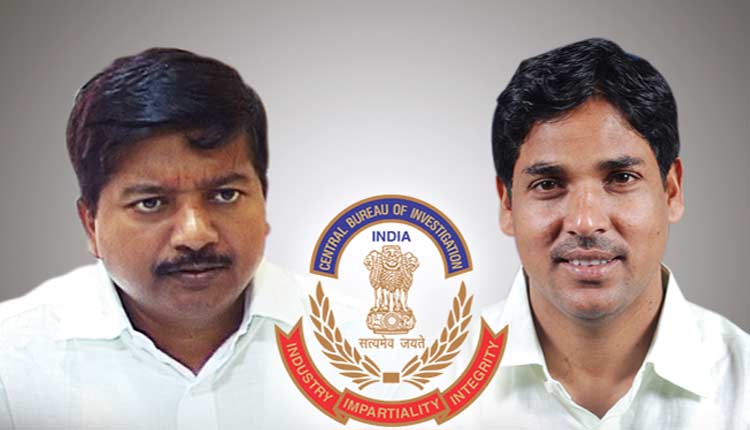 Bhubaneswar: Once again the chit fund scam ‘ghost’ has returned to haunt the ruling-Biju Janata Dal (BJD) as two of its senior leaders and sitting MLAs have been summoned by the Central Bureau of Investigation (CBI) in connection with the Seashore chit fund scam.

According to sources, Odisha Chief Minister Naveen Patnaik’s close aides—MLA Anatanu Sabyasachi Nayak and Arun Sahoo were served notices by the CBI to depose before it in the multi-crore Seashore chit fund scam. CBI sources said that both the MLAs were summoned to appear on January 28 and January 29.

It is suspected that both MLAs have been served notices after the CBI got some vital leads regarding their involvement in the Seashore chit fund scam.

BJD spokesperson, Sasmit Patra on the other hand refused that no BJD leader has received any notice from the CBI and raised questions over the timing of the CBI notice which coincided with BJP National President Amit Shah’s visit to Odisha today.

BJP vice-president Samir Mohanty stated that, “He is not aware of any notice to BJD leaders from CBI. However, he maintained that those leaders, who have usurped money of nearly 20 lakh investors, should be arrested.”

But one thing is clear that CBI is the premier investigating agency of the country and we want justice for 20 lakh investors who have been duped by chit fund companies.

“CBI has delayed investigation and lakhs of people are waiting for justice. People of Odisha are aware that several MLAs, MPs and other leaders were arrested in chit fund scams in the past. There are several other chit fund companies which are yet to be brought under the purview of investigation and if that happens, nearly 30 to 40 BJD MPs, MLAs and former MLAs will be in the dock,” said Congress spokesperson, Bibhu Prasad Tarai.

It is pertinent to mention here that earlier the CBI had arrested BJD’s Cuttack-Choudwar MLA Pravat Ranjan Biswal in connection with the Seashore chit fund scam in September 2017. Later, he was granted bail by the Orissa High Court in June 2018.