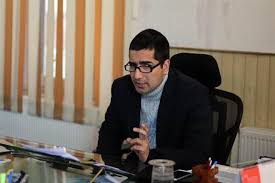 Shah Faesal, a Kashmiri IAS officer who topped the 2010 exam, has quit the civil services and is likely to join politics. Announcing his decision in a Facebook post, he said he was quitting to protest against “unabated killings” in Kashmir and the “marginalization of Indian Muslims”.

Many reports suggest he will join the National Conference and contest the upcoming national election from Kashmir. A tweet from National Conference chief Omar Abdullah reinforced speculation. “The bureaucracy’s loss is politics’ gain. Welcome to the fold Shah Faesal,” the former Jammu and Kashmir chief minister wrote.

The bureaucracy’s loss is politics’ gain. Welcome to the fold @shahfaesal. https://t.co/955C4m5T6V

But Mr Abdullah later clarified: “Actually I welcomed him to the fold of politicians. His future political plans are his to announce.”

Shah Faesal reportedly gave a resignation notice to the state government on Monday .

“To protest against the unabated killings in Kashmir and lack of any sincere reach-out from the Union government; the marginalization and invisiblisation of around 200 million Indian Muslims at the hands of Hindutva forces reducing them to second-class citizens; insidious attacks on the special identity of the J&K state and growing culture of intolerance and hate in the mainland India in the name of hyper-nationalism, I have decided to resign from IAS,” said Shah Faesal.

Sources close to him say he may contest parliament elections from North Kashmir Baramulla constituency.

Shah Faesal topped the IAS or Indian Administrative Service exam in 2010 and was allotted the home cadre of Jammu and Kashmir. Over the years, he worked as District Magistrate, Director of School Education and Managing Director of the state-owned Power Development Corporation.

Shah Faesal recently returned from the US after completing his Fulbright fellowship at the Harvard Kennedy School.