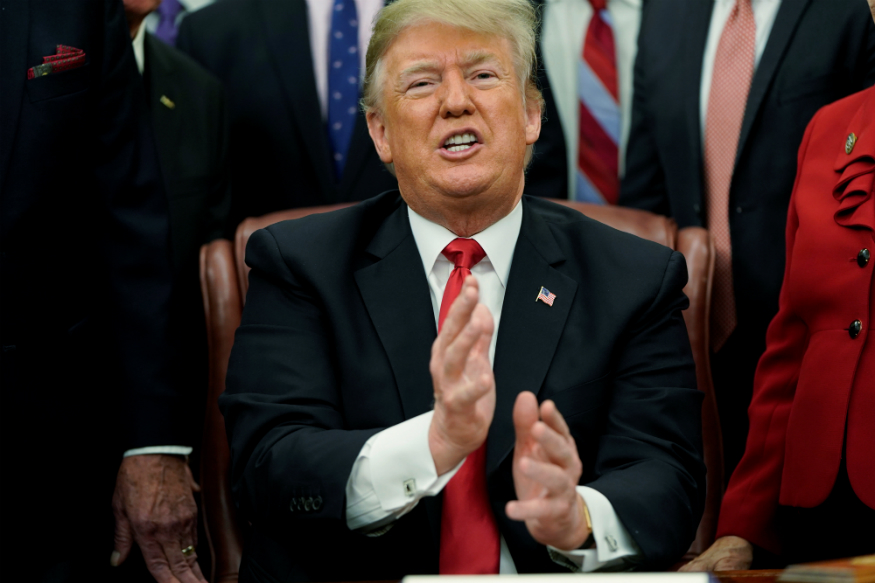 First lawsuits were filed within hours of the US president declaring a national emergency Friday to fund a wall along the border with Mexico and more are expected, questioning the constitutionality of the order and the impact it will have on communities living in and around its designated location.

The first suit, filed in a Washington DC court, sought for the emergency order to be declared “to be in excess of presidential authority under Article II of the Constitution, an infringement on legislative authority, and invalid” and prevent the use of defense department budget for building the wall.

The case was filed by Public Citizen, a non-profit advocacy group, on behalf of three landowners from south Texas whose land holdings have been identified by authorities for acquisition for the wall, and a non-profit environment organization that fears the natural habitat of the region could be damaged by the construction.

More legal challenges are expected. The state of California, for instance, announced its intention to sue the declaration — “California will see you in court,” said a top official — and the American Civil Liberties Union announced its lawsuit calling the emergency order “blatantly illegal”.

The emergency declaration will enable the administration to find money to build the wall, over and above $1.375 billion allocated in a compromise spending bill passed by Congress. The plan is to raise an additional $6.5 billion, moving money from the defense department’s budget for construction projects and counter-narcotics programme and some money from asset forfeitures by US treasury.

The president had said he anticipated being sued, and the lawsuits followed hours after as he left town for Mar-a-Lago, his Florida resort for the weekend.

Democrats have also threatened lawsuits calling the emergency declaration a “lawless act” and a “power grab” by the president for going “outside the bounds of the law to try to get what he failed to achieve in the constitutional legislative process”.

They also plan to launch legislative measures in the Democratic-controlled House of Representatives to overturn the declaration, which, however, is unlikely to pass the Republican-led Senate despite disquiet about the order even among conservatives.

President Trump claimed Friday he had been nominated for the Nobel Prize by Japan’s Prime Minister Shinzo Abe.

But there has been no such announcement from Tokyo, and Japanese officials have refused to confirm or deny the American president’s claim since.

Abe gave him, the president said in remarks declaring a national emergency in the US, “the most beautiful copy of a letter that he sent to the people who give out a thing called the Nobel Prize. He said, “I have nominated you…” or “Respectfully, on behalf of Japan, I am asking them to give you the Nobel Peace Prize.”

Replaying the so-called conversation with Abe, Trump went on: “I said, ‘Thank you’. Many other people feel that way too. I’ll probably never get it, but that’s okay.”