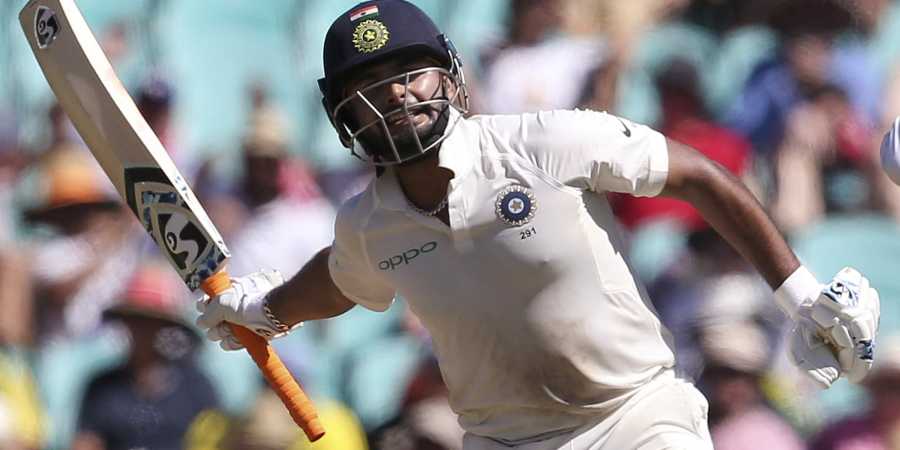 India buried a dispirited Australia under a mountain of runs with Rishabh Pant and Ravindra Jadeja adding a dash of strokeful aggression to the sedate proceedings in the fourth and final Test here Friday.

In reply, Australia were 24/0 in the 10 overs that the deflated side had to face after toiling all day on the field.

This was after series top-scorer Cheteshwar Pujara missed out on what would have been a well-deserved double hundred, ending at 193 off 373 balls, adding 63 runs to his overnight score.

Wicketkeeper-batsman Pant became the first Indian wicketkeeper to claim a hundred Down Under with an unbeaten 159-run effort that came off 189 balls on the second day of the match. This was his second Test hundred, the first being in England earlier this year.

The Australian bowlers were also tormented by Jadeja (81) and the home team’s desperation for a breakthrough resulted in even top-order batsman Usman Khawaja being pressed into the attack.

Pant, who struck 15 fours and a six, he put on 204 runs for the seventh wicket with Jadeja.

For Australia, Usman Khawaja was dropped on nought by Pant off Mohammed Shami (0-9) in the third over, and he was unbeaten on 5 runs, with Marcus Harris (19 not out) keeping him company.

Post tea, the hosts simply waited for the declaration to come as India crossed 500 in the 149th over. here was no signal forthcoming from the balcony and the Pant and Jadeja kept batting on. The 21-year-old Pant then reached his hundred off 137 balls, and became the first Indian keeper-batsman to score a Test century in Australia.

India continued batting on, seemingly a ploy to break the Australian spirit, with Jadeja scoring his 10th Test half-century off 89 balls.

The duo scored aggressively and brought up their 200-run partnership off 221 balls, the highest for India’s seventh wicket against this opposition, after Pujara and Wriddhiman Saha’s 199 in Ranchi (2017).

Australia took their third new ball of the innings and Nathan Lyon (4-178) bowled Jadeja in the 168th over in search of his hundred and Virat Kohli called the batsmen in.

This was after Pujara was dismissed for a mammoth 193 runs, facing 373 balls and hitting 22 fours as India were placed at 491-6 at tea.

Post lunch, there were no signs of India speeding up the run-rate in order to declare quickly as the two batsmen batted as resolutely as in the morning.

India crossed 400 in the 123rd over with the duo bringing up their 50-partnership off 74 balls. In all, they added 89 runs for the sixth wicket.

Pujara got a life on 192 when Khawaja dropped him at slip off Lyon in the 126th over. But the batsman couldn’t score his first overseas Test double hundred and offered a tired return catch to Lyon four overs later.

He walked off to a standing ovation from the SCG ground, as Jadeja took guard. The new partnership was also slow off the blocks scoring at just about 3 per over for the first eight overs.

But they slowly shifted gears after Pant reached his half-century off 85 balls. He put on 73 off 96 balls for the unbeaten seventh wicket with Jadeja.