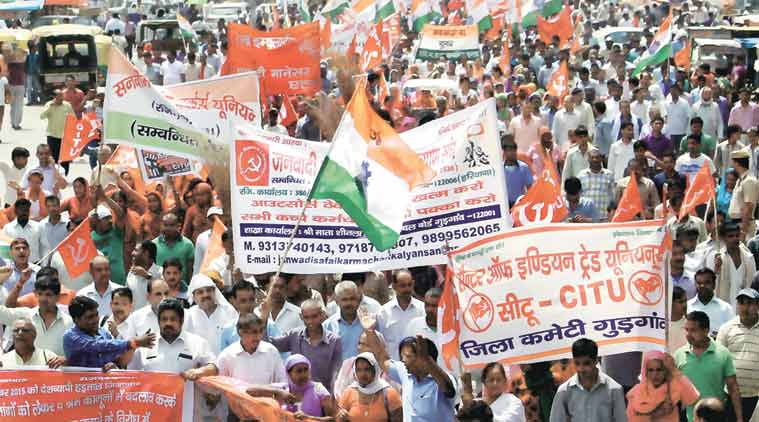 Bhubaneswar: The Centre of Indian Trade Unions (CITU) has alleged that Prime Minister Narendra Modi-led Central Government continues its aggressive attack with arrogance on the lives and livelihood of the working people.

Holding the 18th nationwide general strike against the BJP government , the CITU said that the Central Government failed to respond, refused any dialogue, undermined tripartism, did not hold Indian Labour Conference for the last more than three and half years and instead, continued its aggressive attack with arrogance on the lives and livelihood of the working people.

In a statement, CITU said, “Desperate attempts are being made to make gross pro-employer changes in labour laws, both piecemeal and also hastening the codification of 44 central laws into four, totally ignoring the viewpoints of trade unions”.

An attempt is being made to usurp funds accumulated in various welfare boards, in the name of providing “universal Social Security”, it said.
Unilaterally and through arbitrary notification on fixed term employment through executive order on the one hand and through gradual replacement of workers by apprentices in various establishments on the other, the very concept of regular employment and job security is being sought to be wiped out from the workplaces, the CITU alleged.