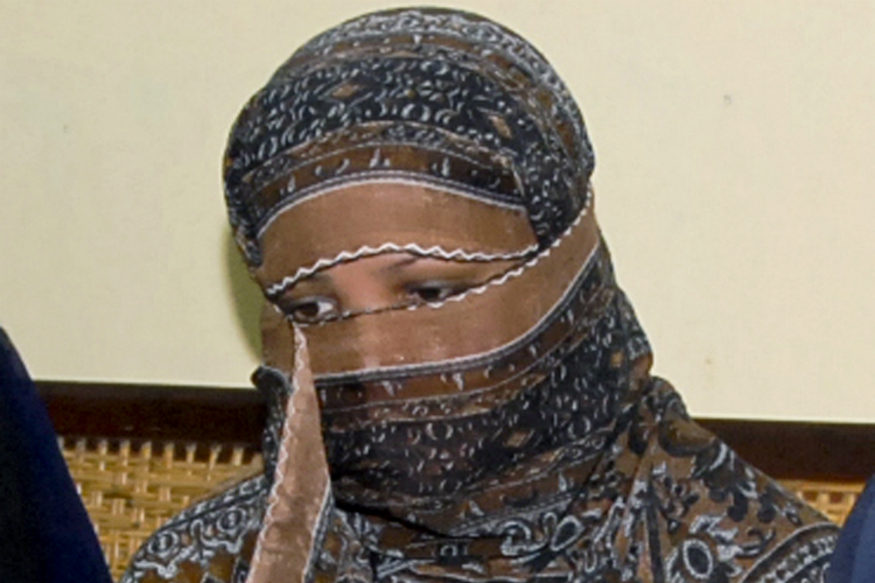 Aasia Bibi, a Pakistani Christian acquitted of blasphemy, still lives the life of a prisoner, nearly three months after her release from death row, awaiting a final ruling on her fate.

She spends her days in seclusion for fear of being targeted by angry mobs clamouring for her death. In her hideout, she longs for her children who were taken to Canada for their safety.

Pakistani security forces guarding the 54-year-old Bibi prevent her from opening a window in her hiding place, let alone go outside, a friend said.

Meanwhile, the Supreme Court is weighing a petition by Islamist extremists and right-wing religious parties that rallied against her acquittal and demand her execution.

Her case goes to the core of one of Pakistan’s most controversial issues — the blasphemy law — often used to settle scores or intimidate followers of Pakistan’s minority religions, including minority Shiite Muslims. A charge of insulting Islam can bring the death penalty.

Just making an accusation is sometimes enough to whip up vengeful mobs, even if the courts acquit defendants. A provincial governor who defended Bibi was shot and killed, as was a government minority minister who dared question the blasphemy law.

Bibi’s ordeal began on a hot day in 2009, with a row with fellow farmworkers after two Muslim women refused to drink water from the same container as a Christian. They demanded she convert, and she refused. Five days later, a mob accused her of blasphemy.

She was convicted and sentenced to death in 2010 for insulting the Prophet Muhammad. After eight years on death row, the Supreme Court acquitted her on October 31.

At the time, her lawyer Saif-ul Malook, who has since been driven into exile fearing for his life, argued that the many inconsistencies in the testimony of her accusers vindicated her. Bibi had always maintained she was innocent.

But the acquittal sparked nationwide protests, spearheaded by the radical Tehreek-e-Labbaik party, which sees the protection of the prophet as its single-point agenda. The party’s leaders Khadim Hussein Rizvi and Mohammad Afzal Qadri are in jail, charged with inciting violence, including with calls for Bibi’s public hanging and for the death of the three judges who acquitted her.

They also called for mutiny in the powerful army and the overthrow of Prime Minister Imran Khan’s new government.

As street protests by extremists calling for Bibi’s death swelled, Khan’s government pledged she would remain in the country until the Supreme Court reviews the petition against her acquittal.

From her secret location, which authorities maintain is for her own protection, Bibi is not allowed by Pakistan’s security forces to give interviews. Even her friends and those few who have access to her are afraid to be identified and agreed to talk to a reporter only on condition of anonymity.

One of her friends says Bibi’s husband, Ashiq Masih, who was wounded by a gunshot fired by a protester calling for Bibi’s death, is with her in hiding. Her two daughters, Eisham, 20 and Esha, 19, were spirited out of Pakistan.

Bibi’s hiding place is comfortable enough, but it’s still a jail of sorts, the friend said, adding that Bibi’s only hope is that someday the family will be reunited abroad.

However, it’s unclear when the review of Bibi’s acquittal will be completed.

Bibi’s friends say she has hoped it would be done before Supreme Court Chief Justice Saqib Nisar retires at the end of the week. Nisar and his successor, Asif Saeed Khan Khosa, were part of the three-member panel that acquitted Bibi. In their decision, a 52-page judgment, they cited both Pakistan’s statute law and Islam’s holy book, the Quran, to justify the acquittal.

Malook, the defense lawyer, told The Associated Press by phone from the United States that he is confident the petition would be thrown out. But he fears it could take months, even years, if the court is reluctant to decide.

“I have read the arguments for the review, there is nothing there,” he said. “It will be thrown out.” Arguing for the petitioners, attorney Ghulam Mustafa Chaudhry is just as confident. He told the AP that he too is pressing for an early decision. Without offering any details, Chaudhry said he has a strong case for overturning Bibi’s acquittal.