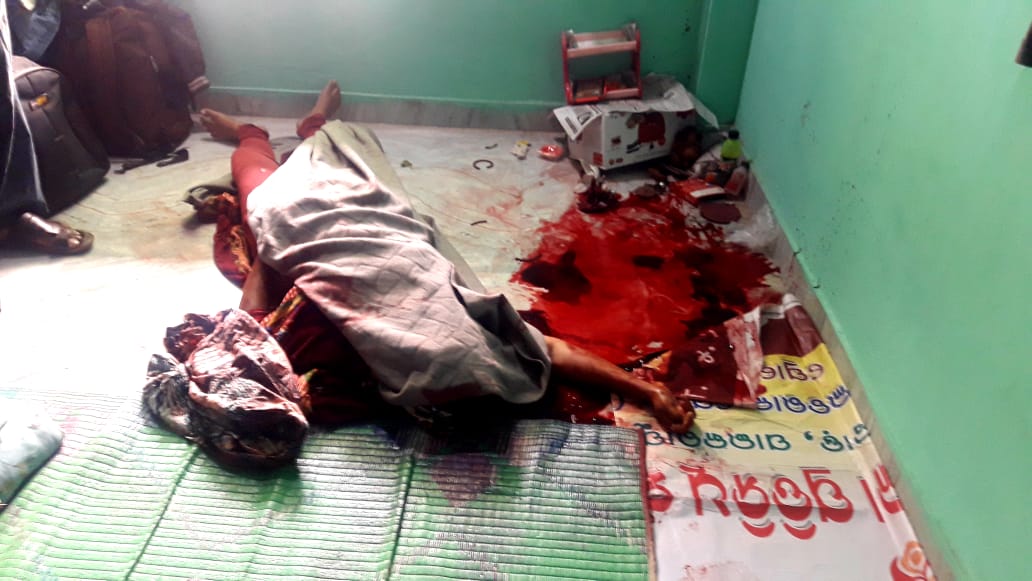 Bhubaneswar: A woman killed her roommate by slitting her throat following a quarrel in their house in Lane-5 of Gouri Nagar in Bhubaneswar early morning today. The deceased has been identified as Alakananda Das.

The incident has sent shockwaves in the capital city as during an interrogation by Lingaraj police, the accused Anisha Mitra confessed to have committed the crime and said she took the step in a fit of rage.

As per the latest reports, police have arrested Anisha while further investigation into the incident is still on to find the actual reason of murder. A scientific team has also reached the spot to investigate the matter.

Sources said the two women were living together in the rented house for the past eight years. While one worked at an NGO, another was working with a consultancy firm.

Reportedly, the owner of the house spotted the blood-soaked body of the woman inside the house this morning and informed Lingaraj police following which police rushed to the spot and arrested her room partner.

Sources further said that the two were not in good terms and often ended up quarrelling. A fight had also erupted between Anisha and Alaka last night.