Chennai: The BJP-AIADMK combine has beaten the Congress to win the support of the Pattali Makkal Katchi (PMK) for an electoral alliance in Tamil Nadu.

The PMK will contest on six Lok Sabha seats and will be given one Rajya Sabha seat, AIADMK chief and deputy CM O Panneerselvam announced at a press conference with PMK leadership on Tuesday. A formal announcement of the BJP-AIADMK-PMK grand alliance is yet to be made.

The PMK, led by S Ramadoss, has a support base in northern Tamil Nadu, especially among the OBC Vanniyar community. In successive Lok Sabha elections since 1999, the party has polled 5-10% votes in the state. 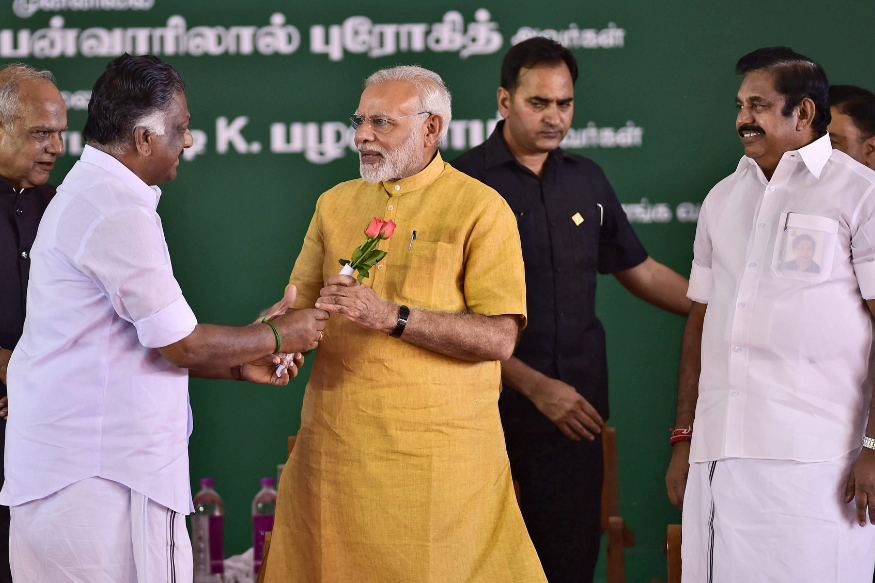 Both DMK and AIADMK had been wooing PMK in the last one month in their efforts to form a rainbow caste coalition for 39 Lok Sabha seats in Tamil Nadu and one in Puducherry. Sources said a leading industrialist was instrumental in bringing the PMK onboard the BJP-AIADMK alliance.

PMK was also part of the NDA in 2014 general elections, but Ambumani Ramadoss, though an MP, was denied a ministership in the Narendra Modi government. This had soured relationship between the BJP and the PMK, which was in talks with the Congress over the last one month.

PMK’s inclusion in the AIADMK-BJP camp now paves the way for Thirumavalavan’s Viduthalai Chiruthaigal Katchi (VCK) to ally with the Congress-DMK.

It is expected that the bypolls for 18 Assembly constituencies will be held along with the Lok Sabha elections. The AIADMK needs to win at least 11 seats to remain in comfortable majority in the Assembly. Chief Minister E Palaniswami and his deputy O Panneerselvam seem to have factored in the stability of the state government while pushing for an alliance with the PMK which may help the AIADMK in assembly bypolls.