New Delhi: With alliances being firmed up ahead of the Lok Sabha election, Congress chief Rahul Gandhi will give TMC supremo Mamata Banerjee’s January 19 rally of opposition parties in Kolkata a miss and will instead send senior leader Mallikarjun Kharge to represent the party.

Banerjee had also invited UPA chairperson Sonia Gandhi to the rally, which was supposed to be a mega show of strength for the opposition unity, but she too has declined the offer after keeping her waiting for almost a month.

According to sources, the Gandhis decided to skip the event after the West Bengal unit of Congress told the top brass they were not in favour of the Congress chief sharing the stage with Banerjee.

The state leadership is said to have told the party chief that Congress workers were ready to fight the upcoming Lok Sabha elections alone, and hence, suggested that Gandhi should not attend the rally. Sources said they were also happy that none of the state leaders of Congress were invited by the TMC party to join the rally.

Gandhi’s absence from the event will once again bring to focus the jostling over who will become the Prime Ministerial face of the Grand Alliance.

The West Bengal Chief Minister had earlier poured cold-water over Gandh’s ambitions by saying that the issue should only be discussed after the Lok Sabha polls. Her comments had come in the backdrop of DMK president MK Stalin’s proposal to announce Gandhi as the opposition’s PM face.

BSP chief Mayawati, who is also said to harbour PM ambitions, has also not yet responded to TMC’s invite for the rally.

It also puts question mark over Telangana CM K Chandrasekhar Rao’s absence from the rally, as sources said he had decided to skip it because he did not want to share a stage with Rahul Gandhi. 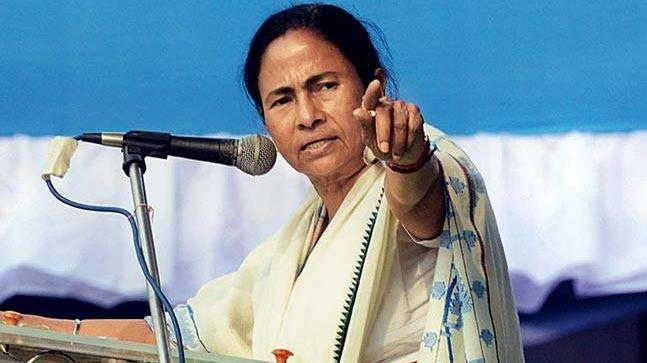 Banerjee, meanwhile, has asserted that her opposition rally will see participation of non-BJP parties from “Kashmir to Kanyakumari”. She claimed it will be the biggest public meeting in the eastern region in the last four decades.

On the presence of Bahujan Samajwadi Party (BSP) chief Mayawati, she said the former Uttar Pradesh chief minister was yet to confirm and “perhaps someone else will be nominated to represent her party”.

“You will witness how big the representation will be this year from all regions. Heavy-weight national leaders, including a former prime minister and ex-chief ministers will attend this meeting,” she told reporters at the state secretariat ‘Nabanna’ here.

On the participation of Left parties, she said: “I had invited the Left, including the Kerala Chief Minister. I have performed my responsibility. If any party does not want to come due to political compulsions, I respect the decision.”

Banerjee has been touring the country for the last one year, attempting to stitch together a strong opposition front to challenge the saffron party in the Lok Sabha polls.