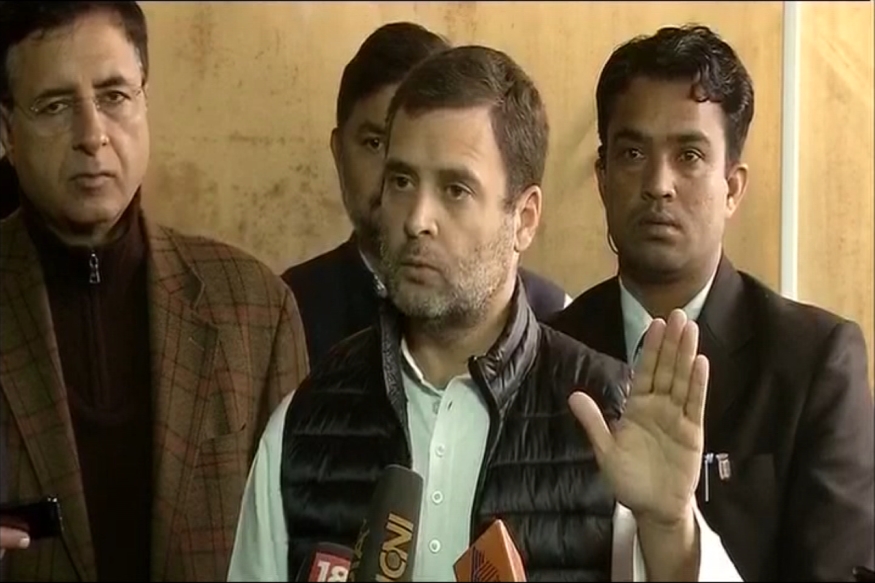 New Delhi: Congress president Rahul Gandhi on Friday said Defence Minister Nirmala Sitharaman gave a long speech in Parliament but did not answer any of his posers on the Rafale deal and “ran away”.

Gandhi’s assertion came after Sitharaman gave the government’s reply on the Rafale fighter jet deal issue in the Lok Sabha. “The defence minister did not answer any of the questions I asked on the Rafale deal. She did not even take the name of Anil Ambani,” Gandhi told reporters outside Parliament.

Gandhi said he put two questions to the minister towards the end of the debate and asked her to reply in yes or no. “I asked that after a long negotiation process, those people who participated in that negotiations — Air Force chief, defence minister, secretaries, Air Force officials — when the prime minister did a ‘bypass surgery’… did the Air Force people object, yes or know,” Gandhi said.

“And you saw that instead of answering this, the defence minister started doing drama that ‘I have been insulted, I was called a liar’,” he said.

Addressing the country’s youth, Gandhi said the minister was attempting to mislead them. It was a straight question and without answering that she “ran away”, the Congress chief said.

“The PM cannot come (to Parliament), and the chief minister of Goa is saying I have a file and I will get back at the PM. She gave a two-and-a-half hour speech and did not answer any questions,” Gandhi said.