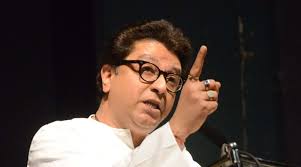 A local party leader defended the ‘punishment’, saying such behaviour will not be “tolerated”. The incident took place in Hadapsar area of Pune on Thursday.

The video showed MNS workers taking the man, about 20-25 years old, to task for his comment on Thackeray’s Facebook page, and making him apologise and perform squats.

One of the MNS workers is heard saying that as the man was Marathi-speaker and came from a poor family, he was being let off with a light punishment.

Ajay Shinde, MNS’ Pune unit chief, defended the party workers. “Since the man is poor and he has no father, he was let off with a warning and punishment of doing squats. But such behaviour can not be tolerated as people, especially the youth should not post something objectionable against any person who is higher in stature and age,” Mr Shinde said.