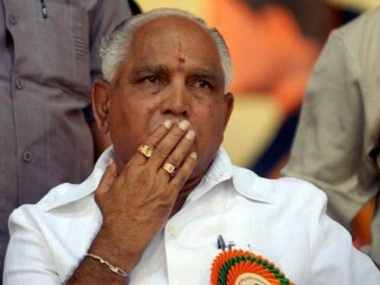 Bengaluru: Just days after Karnataka Chief Minister HD Kumaraswamy released audio tapes allegedly containing the voice of state BJP chief BS Yeddyurappa trying to strike a deal to poach a JDS legislator, a JDS MLA has alleged that he had received Rs 5 crore from the BJP as an advance to switch sides.

Srinivas Gowda, MLA from Kolar, alleged that as part of Operation Kamala, BJP leaders — MLA Ashwatnarayan, CP Yogeshwar, and Vishvanath — had lured him by offering Rs 30 crore. He claims that he accepted Rs 5 crore as advance and has alleged that he was promised to be given the rest of the money once he joins the BJP.

On the advice of CM Kumaraswamy, the MLA says he returned the Rs 5 crore through former Deputy CM R Ashok. Srinivas says that this offer was made about two months ago and ever since the BJP leaders have been pressurising him to jump ship.

On Sunday, taking a U-turn, BS Yeddyurappa accepted that he had indeed spoken with Sharanagouda, son of Gurmitkal MLA Naganagouda Kundakur. He however, he said that it was CM Kumaraswamy who sent Sharangouda to meet him.

BS Yeddyruppa, had earlier called the tapes ‘fake and concocted’ and had even challenged the government that if proven to be true, he was ready to quit politics.