In July 2017, the then DIG of Prisons D Roopa had exposed the special treatment to Sasikala and her relative Ilavarasi, who were convicted in a disproportionate assets case. The government had constituted a committee to probe the charges, which had submitted its report by 2017-end. The report, which was not made public until now, was accessed by an RTI activist. It details how prison authorities treated Sasikala as an ‘A’ category prisoner, despite a court clarifying that she was not one. She was given special facilities only on the assumption that the court had agreed to give her Class ‘A’ prisoner status. The facilities were not withdrawn despite a communication from the prison department’s head office.

The report mentions cordoning off an entire wing in the female barracks, and not allotting four vacant barracks, adjacent to the one in which Sasikala was staying, to other prisoners, on the grounds of threat perception. The report revealed that the prison authorities had not taken any measures to assess the threat perception of the convict (Sasikala) and had deputed eight female staff for her security, round-the-clock. 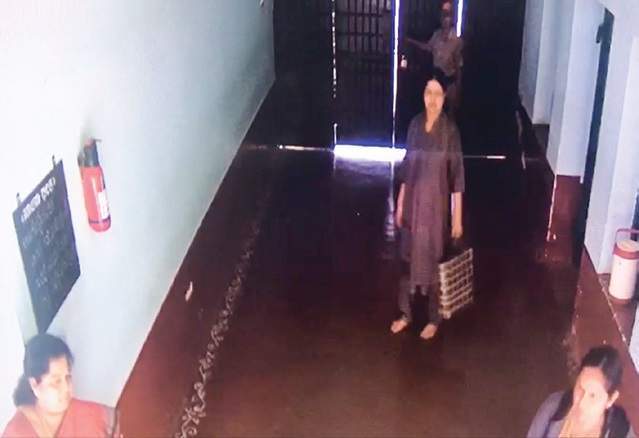 Sasikala was also allowed to keep a pressure cooker in her barracks, and Ajantha, another female convict, was cooking for her. The report termed the reaction of then Chief Superintendent Krishna Kumar, when shown the picture of the cooker in her barracks, as “ambiguous”. Though he did not categorically deny any cooking activity, he suggested that these vessels could be used for storing food provided from the jail kitchen.

“On our visit on 19.7.2017, we found that the shelves had been emptied. But one of the members of our team passed his hand on the shelf and found unmistakable traces of turmeric powder. This further raises strong suspicion of food being cooked in the cell,” the report stated.

The report also reveals that a separate register was maintained to enter details of Sasikala’s visitors. It also exposed that prison officials indulged in falsification of records. The then prisons chief, DGP HN Sathyanarayana Rao, also made his statement before the committee that after about a month (after the expose of irregularities) the then CM had asked to meet him and enquire what kind of facility was given to Sasikala. “The CM instructed me to provide only a cot, bed and a pillow, which I complied with,” he had said.

The report also revealed that none of the 19 mobile phone network jammers at the time of the visit, were functioning for a year. Also, 18 of 25 prisoners tested positive for drug dependence.