It is appearing to be more than a storm in a teacup. Former chief minister Digvijaya Singh’s shadow is beginning to loom large over the Kamal Nath government in Madhya Pradesh.

Restless ministers in the cabinet are writing letters to Digvijaya explaining their conduct or addressing specially convened press conferences to respond to the former chief minister’s sound-bytes and tweets. 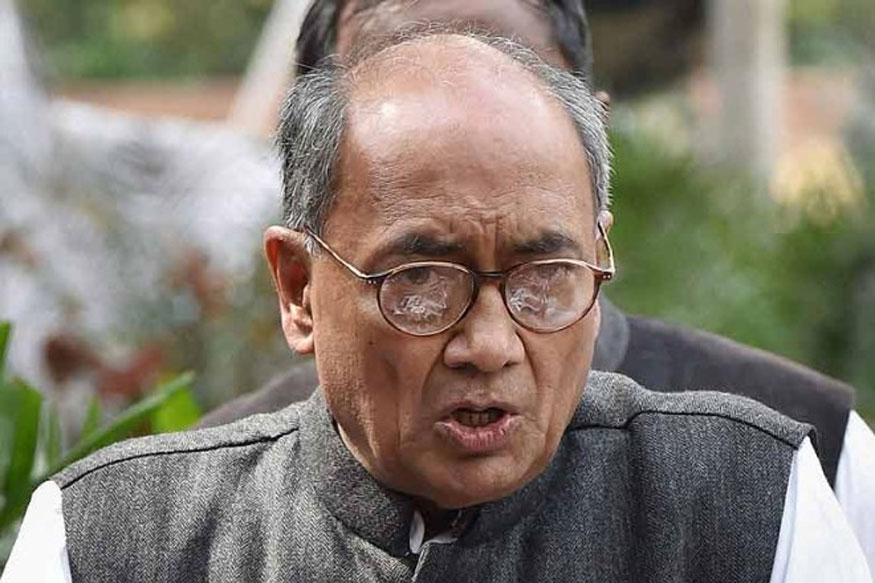 Digvijaya, the chief minister of Madhya Pradesh from 1993 to 2003, is courting one controversy after another in the Congress-ruled state where his son Jaivardhan, nephew Priyavrat and a number of former colleagues and loyalists are ministers.

Seemingly upset, senior minister Sajjan Singh Verma invited Digvijaya to hold a “training session” for ministers in Madhya Pradesh. Verma’s suggestion prompted Umang Singhar, another minister to also take pot-shots at the senior Congressman. “I too have been three-time MLA. You (Digvijaya) could have spoken to me one-on-one before going public on social media,” he said.

Singhar, state forest minister, is reportedly angry after Digvijaya ticked him off for allegedly giving a clean chit to the previous Shivraj Singh Chouhan regime in a tree plantation scheme on the banks of Narmada.

During the state assembly poll campaign, the Congress had promised to “expose” alleged corruption in Chouhan’s ambitious drive to plant six crore saplings along the Narmada river in February 2017.

It all began when Bala Bachchan, Madhya Pradesh’s home minister, gave a clean chit to the police for the Mandsaur firing in which six farmers were killed while protesting for loan waivers. The Congress, which was in opposition then, had termed the killings as cold-blooded murder.

Rahul Gandhi had gone to Mandsaur to express solidarity and Jyotiraditya Scindia had sat on 72-hour-long dharna in Bhopal. The Mandsaur incident had remained a potent political issue throughout the Assembly elections that ultimately saw the Congress edging out 15 years of BJP rule.

Digvijaya Singh went public in chiding Bachchan, wondering how the newly formed Congress government could be “insensitive” to the cause of Mandsaur farmers. The home minister addressed the press in Bhopal, retracting and clarifying. Interestingly, Digvijaya’s son Jaivardhan, too, came in the line of fire for allegedly giving a clean chit to the Chouhan regime in 2-16 Simhastha (Kumbh) case, where the Congress had earlier alleged large-scale financial irregularities.

A somewhat defensive Digvijaya is now busy pointing out how he has not spared even his son Jaivardhan and that his intentions are clean. The former chief minister is of the view that bureaucracy in the state is yet to wake up to the “political reality” of dealing with the new regime. As a result, state babus have a tendency to gloss over past acts of omission and oversight.

The opposition BJP is enjoying turmoil in state Congress and the Kamal Nath government. The leader of opposition in MP Assembly, Gopal Bhargava, was heard commenting, “A constitutional crisis-like situation has arisen in the state as questions are being raised outside the House over ministers’ statements.”

Chief Minister Kamal Nath, himself a politician among politicians, is keeping a close tab on developments. He responded to Bhargava in a measured voice, saying, “I do have knowledge of the Constitution, so no one should try to teach me. We should not hold any discussion (inside MP assembly) based on news reports.”

Without making a reference to Digvijaya, Jaivardhan, Bachchan or Singhar, the CM tweeted, “We won’t spare the culprits of Mandsaur firing, or those of plantation scam, or those committing financial irregularities during the Simhastha. It’s our resolve to get justice all – be it victim farmers or sentence to scamsters.”

Sources close to the CM told News18 that he hoped for the “dust” to settle down after his tweet.

Interestingly, soon after Nath was sworn in, Digvijaya had told an interviewer that he would not fancy his role as a ‘kingmaker’ in the Congress rule. Kingmakers tend to be the first casualty when things start going wrong, the former Raja of Raghaogarh had said.