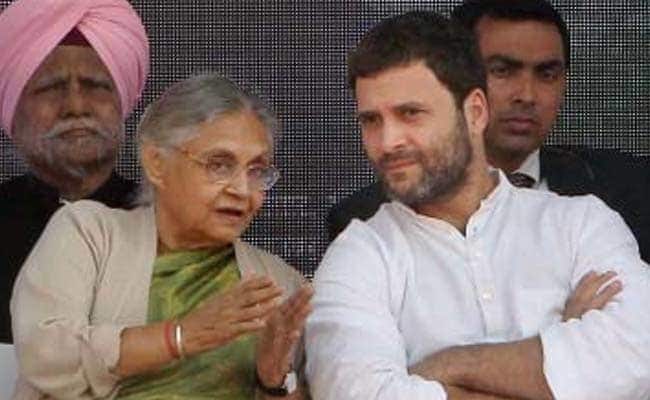 Eighty-year-old Dikshit will have an enormous task at hand to rejuvenate Congress’ fortunes in the national capital with just three months remaining for the Lok Sabha elections. She recently underwent surgery in France.

Congratulating the former CM on her appointment, Maken said he was confident that under Dikshit’s leadership Delhi Congress would play the role of a strong opposition to the Modi and Kejriwal governments.

“I congratulate Shiela Dikshit ji for being appointed the DPCC (Delhi Pradesh Congress Committee) President. I am confident that under her leadership, we will play the role of strong opposition to Modi and Kejriwal governments,” he tweeted.

After Maken resigned last week, Dikshit indicated that she won’t back out if the post of state Congress chief comes her way. ” The decision has to be taken by the high command. I can’t refuse or accept to take the post. Let me see what the party decides,” she said.

Despite being voted out of power in 2013 after a 15-year reign in Delhi, Dikshit enjoys popularity in the national capital because of the infrastructural transformation she has brought about in Delhi, including the Delhi Metro.

However, after taking over as the party chief, Dikshit will have to deal with the tricky issue of an alliance with the Aam Aadmi Party (AAP). In the past, both Maken and Dikshit had been against any tie-up with AAP in Delhi.
Moreover, sources in the Congress said Maken had been uncomfortable with talk among Central leaders about the possibility of an understanding with AAP and it might have been a factor in his decision to quit. Senior Congress leaders said Maken had told them that the AAP’s popularity was dipping.

However, more recently, Dikshit has been more accommodating about forging an alliance with the Arvind Kejriwal-led party. “It’s the high command which has to take a decision. Whatever its decision, I am not going to question it,” the former Delhi CM said.