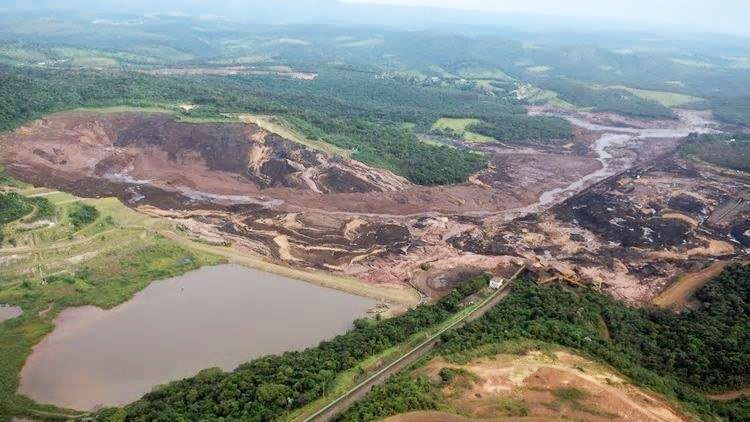 Eleven people were confirmed dead and nearly 300 missing, many also feared dead, on Saturday after a dam collapsed at a mine in southeast Brazil.

The disaster struck Friday at the Vale mine near the city of Belo Horizonte in Minas Gerais state, spewing out millions of muddy sludge across the facility and down towards farmland alongside the nearby town of Brumaldinho.

Dozens of helicopters were being used in the rescue operation Saturday because the released mud engulfed buildings, vehicles and roads with a deep, treacherous layer.

“We still have hopes of finding people alive,” the head of the state’s fire service, Colonel Edgard Estavao, told reporters.

The latest count listed 296 people as missing, all of them mine workers listed by Vale.

A total 176 survivors have been rescued so far, 23 of whom were hospitalised.

Brazilian President Jair Bolsonaro flew over the devastated zone, but said nothing to reporters when he returned from the flight.

Instead, he tweeted that it was “difficult to not be emotional before this scene.”

All was being done to care for survivors and “determine the facts, to demand justice and prevent new tragedies,” he added.

The military said it was deploying 1,000 troops, including sniffer dogs, to the affected zone under orders from Bolsonaro.

The disaster was the first big emergency faced by Bolsonaro and his government since he took office in early January, and perhaps one of the biggest disasters in Brazil’s history.

Vale has been shaken by the disaster, the second in three years it has suffered in the same state.

Workers at its mine had been lunching in an administrative area Friday when they were suddenly engulfed by millions of tons of muddy trailings a waste byproduct of the iron-ore mining operations.

The ruptured dam, 42 years old and 86 meters (282 feet) high, had been in the process of being decommissioned, and Vale said it had recently passed structural safety tests.

After overflowing a second dam, the vast muddy mass barrelled down toward Brumaldinho, population 39,000, but only glanced along it before spearing its way through vegetation and farmland, smashing houses and swallowing tractors and roads in its way.

“From now, the odds are minimal (to find more people alive) and it is most likely we will recover only bodies,” Zema told reporters late Friday.

In Rio, Schvartsman spoke of a “human tragedy”. “We’re talking about probably a large number of victims we don’t know how many but we know it will be a high number,” he said.

Brazil’s environmental protection agency hit Vale with an initial USD 66.5 million fine over the disaster. Minas Gerais state authorities said they were about to levy another penalty.

They have already obtained a court order blocking USD 270 million of Vale funds in bank accounts with a view to using it for victim relief.

The mining company, one of the world’s biggest, was already involved in a 2015 mine collapse elsewhere in Minas Gerais that claimed 19 lives and is regarded as the country’s worst-ever environmental disaster.

Would-be rescue volunteers were urged to stay away because of the slippery, perilous mud. Media were pressed not to use drones to avoid collisions with search and rescue helicopters.

Walter Morais, a member of the Red Cross team sent to the disaster zone, told that his relief group “will begin humanitarian actions helping people who were rescued and are homeless.”

The Brazil office of environmentalist group Greenpeace said the dam break was “a sad consequence of the lessons not learned by the Brazilian government and the mining companies.”

Such incidents “are not accidents but environmental crimes that must be investigated, punished and repaired,” it added.

While the death toll has yet to be fully established in Brazil, the disaster at the mine could well rank among the worst recorded.

In 2008, a moving mass of mud and rocks from an illegal iron ore mine slammed into the Chinese town of Taoshi, in northern Shanxi province, killing 262 people.

A mine collapse at a gold mine in Merriespruit, South Africa caused 17 deaths in 1994.