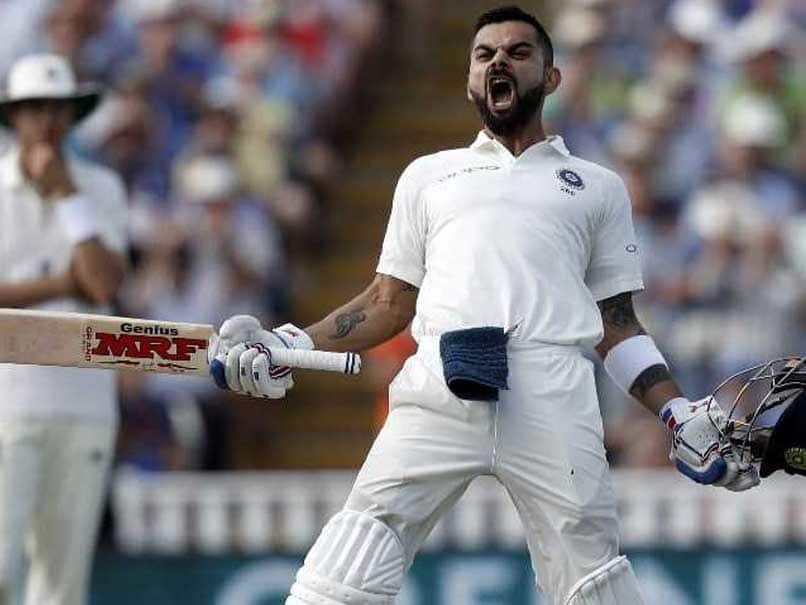 It is the first time a player has won all three prizes in the same year. No England players made the Test team of the year, despite James Anderson being second in the bowling rankings.

But, four England players – Jonny Bairstow, Jos Buttler, Joe Root and Ben Stokes – made the ODI team of the year.

Scotland’s Calum MacLeod was named ICC Associate player of the year after his match-winning 140 against England in an ODI in June.

Every member of the ICC voting academy – a group comprised of former players, members of the media and broadcasters – put Kohli in both the Test and ODI teams, with the majority also picking him as their captain.

“It feels amazing,” said Kohli. “It’s a reward for all the hard work that you do throughout the calendar year.

“I feel really grateful and very, very happy with the team doing well at the same time myself performing.”

India are ranked the number one Test team and second behind England in the ODI rankings.

England captain Root said: “It feels really great to be named in the ICC ODI squad and the fact that three of my team-mates are there along with me makes it extra special.

“We had a fine year and expectations are on the rise as we look forward to playing the ICC Cricket World Cup at home this year.”