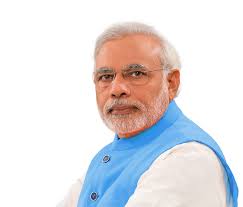 The evil Kauravas of the Mahabharata were born test tube babies and the Dashavatara is a better theory of evolution than Charles Darwin’s, a university vice chancellor said on Saturday at the 106th Indian Science Congress, at a session organised to inculcate a scientific temperament in children. A second speaker said physicists like Albert Einstein, Isaac Newton and Stephen Hawking were all wrong.

The comments by Professor G Nageswara Rao of Andhra University came in a presentation he made on ‘Science in the Indian Way of Life’ at the ‘Meet the Scientists’ session. Organisers of the Congress were quick to distance themselves from the session.

“Zero is a contribution of India to the world. No computer would have existed without it,” said Rao, who went on to say that ancient Indians knew about the benefits of using neem and salt to clean the teeth, and the health advantages of turmeric before the rest of the world did.

“Gangajal is considered to be very holy and today it has been proven scientifically that irrespective of the impurities of the Gangajal it does not give any infection because bacteriophages kill the harmful bacteria,” Rao said, advancing the theory that modern science existed in India long before other countries discovered it.

According to the university don, the Ramayana and Mahabharata were history books, not mythological tales, and the evil Kauravas had been born test tube babies.

“How can a woman give birth to 100 children in one life-time? The Mahabharata says that 100 fertilised eggs were put into an earthen pot, isn’t it a test tube baby? Stem cell research happened in this country thousands of years ago,” he said.

“Dashavatara is better than Darwin’s theory because it also plans for what comes after the humans,” he said.

Dashavatara refers to the 10 primary avatars of Vishnu, the Hindu god of preservation. Vishnu is said to descend to earth in various forms to restore cosmic order whenever it is disturbed.

Darwin proposed the theory of evolution by natural selection — a process by which organisms change over time as a result of changes in physical or behavioural traits.

Event organisers distanced themselves from the session.

“We will have a meeting to discuss how and why this session was allowed. Everything should have scientific backing. Indian Science Congress is meant for purely scientific discussions and to promote scientific temperament in children and general public. Some people tried to introduce a similar session during the 103rd Congress as well and it was refused,” said Professor Gangadhar, general secretary of the Indian Science Congress Association and a biologist.

The other speaker, Dr Kannan Jagathala Krishnan, who was the first speaker in the session, said the theories propagated by famous scientists like Einstein, Newton and Hawking were all wrong.

“The whole physics theory is wrong but the experiments are correct. And, my theory explains everything. It will be the unified theory (to explain the planetary physics as well as quantum physics),” Krishnan said.

If his theory is accepted, gravitational waves would be referred to as the ‘Narendra Modi Waves’, after the Prime Minister, and the Gravitational Lensing effect (the bending of light because of the presence of an object between the light source and the observer) would be renamed the ‘Harsh Vardhan effect’, after the minister of science and technology.

He claimed to be the source of the science and technology minister’s comment during the previous Science Congress in which he quoted Hawking as saying that the Vedas might have an equation superior to Einstein’s equation E=MC square, which says that energy and mass are interchangeable.

“The planets do not move because of the gravitational pull of the sun. If it were because of gravity, there are several satellites that are bigger than the sun, then why does the sun not get pulled? The planets move because of the equal force exerted by the space on its surface. When Einstein noticed a small amount of missing matter when a Uranium particle disintegrates, he said energy is equal to the lost mass into the square of the speed of light. But he did not understand energy. The earth and the other planets have been moving constantly, this requires energy and the space is that energy,” Krishnan said.

He is associated with the World Community Service Centre (WCSC), “a non-profit registered society with a view to work towards World Peace through individual peace,” according to its website.

“I don’t know in what context the researcher is saying something like this. But, even if there is any deviation in the modern science, the changes are small. The whole system of science cannot be wrong, you cannot negate the years of studies that several people have done. And for physics, no such radical theory has been proposed as far as I know and much less accepted,” said Professor Navdeep Goyal, chair of the department of physics at Punjab University.