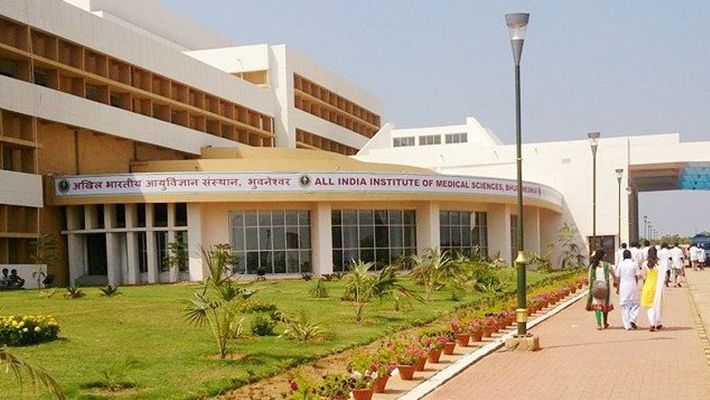 Bhubaneswar: A man undergoing treatment at the All India Institutes of Medical Sciences (AIIMS) here committed suicide by jumping off the sixth floor of the hospital building Saturday night. The deceased was identified as Satyajit Mohanty (32) of Jakara village in Khurda district.

According to reports, the youth had a quarrel with his wife at his home following which he consumed a pesticide January 17. He was rushed to a nearby Khurda district hospital where the doctors referred him to the AIIMS for further treatment January 17. Mohanty had been in the intensive care unit (ICU) of the hospital since then and was reportedly taken out of the ICU following some improvement in his condition Saturday morning.

While Mohanty undergoing treatment, the couple again had a verbal duel late Saturday following which he jumped off from the sixth floor by breaking the window pane, said police officials.

However, the deceased’s wife denied such claims and said that she along with another attendant were asleep when Mohanty took the extreme step. The body was handed over to the family members after post mortem.

In a similar incident around two years ago, a 38-year-old patient, Subash Jena, resident of Dhenkanal district committed suicide by jumping off the sixth floor of the medicine ward in the hospital April 10. Subsequently, a fact finding team was also constituted by the hospital authorities to enquire into the matter.

AIIMS Director, Gitanjali Batmanabane, said, “The patient was getting treated for consuming poison. It is very difficult to check such people who have such tendencies.” She admitted that it was also “the fault” of the attendants which included the departed’s wife and father. “The patient succeeded in evading them and committed suicide by breaking the window pane. We cannot close all the doors and windows as they will violate the safety norms,” she added. Though our officials ran after hearing the window panes glass breaking but they failed to catch him, Gitanjali said.

“We are soon going to come up with a policy to keep the patients with suicidal tendencies at the lower floors,” informed Gitanjali.