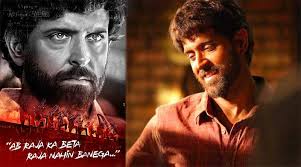 Super 30 director Vikas Bahl has been ousted from the film and the Hrithik Roshan-starrer will be released without a director’s name in the credit roll. A Mumbai Mirror report has revealed that following sexual harassment allegations against the director, the makers of the film have officially severed all ties with Bahl and paid him a handsome severance against taking his name out of the credits.

Filmmaker Anurag Kashyap, who dissolved his production company Phantom Films last year, which also had Vikas as a partner, will be the one overseeing post-production of the film.

Last year, Tanushree Dutta accused Nana Patekar of sexual harassment on the sets of their 2008 film and triggered the #MeToo movement in India. After her revelation, several others also opened up about their tormenting experiences of sexual harassment, molestation, and even rape.

Among them was Vikas’ Phantom Films colleague, who accused him of sexual harassment. While the director has claimed her accusations are false and it is just a conspiracy against him, yet, the makers of Super 30 are not convinced and revealed that the only way Vikas gets director’s credit for Super 30 is if he gets a court judgement claiming that he is not guilty.

“Vikas is not associated with the edit and post-production. There will be no director credit for anyone. As a producer, after substantial investment of time, money and the efforts of all our technicians and talent, it is our responsibility to complete the film with the best possible resources available to us. Anurag is a partner, he has edited films of other Phantom partners in the past. He agreed to take this responsibility on Reliance’s request, and with a professional and commercial understanding. Also, it has been agreed that he will not take any credit,” Shibasish Sarkar, Group CEO of Reliance Entertainment, said.

While Hrithik Roshan’s Super 30 was initially set to release in January, during the Republic Day weekend, however, the makers pushed the release of the film to a later date this year.