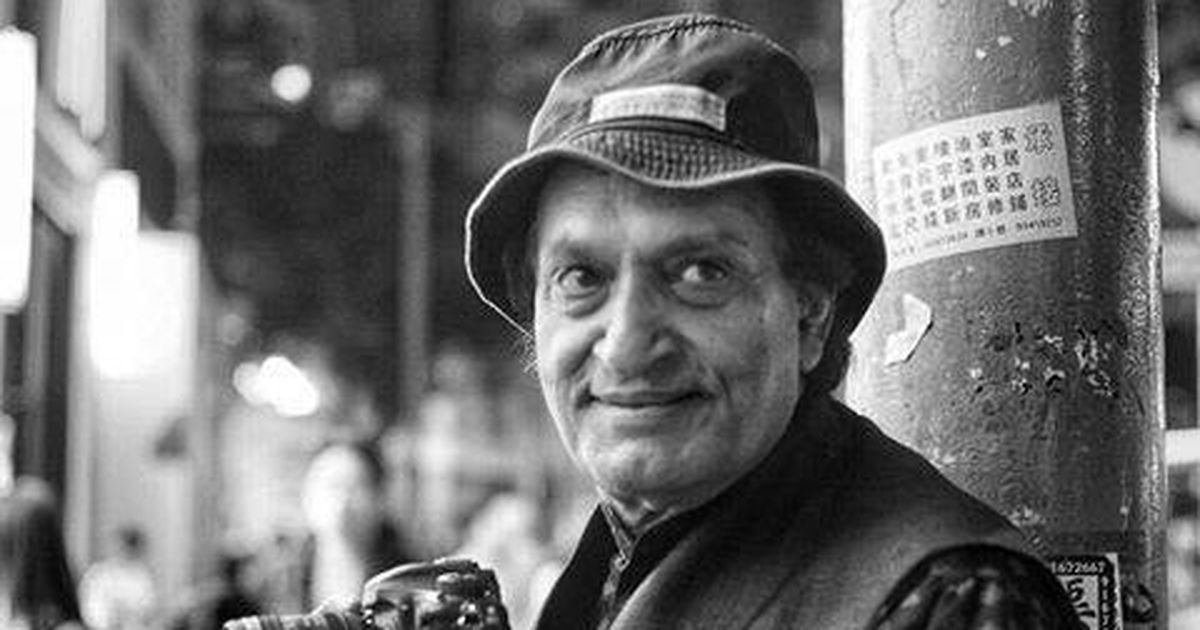 For five-and-a-half decades, Raghu Rai has been capturing moods and moments and creating definitive impressions of India, for both those within the country as well as outside it. In Calcutta for the Camarena Academy Photography Awards And Exhibition recently, Rai speak about topics ranging from Mother Teresa and Satyajit Ray to selfies and Instagram.

Over time you have changed the way you have been shooting…

I have changed the technology, the medium is the same. Initially, it was black-and-white because the ’60s and the ’70s were black-and-white. Then came the colour film and we started carrying two cameras, one for colour and one for black-and-white. And now comes the digital technology where you don’t have to carry two cameras. You shoot with one camera, and if you think a picture doesn’t work well with colour, you convert it into black-and-white. So digital technology has made photography far more accessible, easier. Today, you put your camera on auto focus and auto exposure and point and shoot and a flawlessly well-exposed photograph appears. You see it and you say ‘very good’. Only the soul is missing.

Do you think the care that people would take to expose frames when all they had were 36 shots is missing now?

That is also there. But you see, the thing is that even with digital technology, specially people like us who used film, we still do it very carefully. But we shoot a lot because once you put a card inside the camera you can go on. But overshooting is like eating too much food and having indigestion.

How can one use the mobile phone camera — that’s the most commonly used camera nowadays — to shoot imaginatively?

It is one thing to compulsorily go on shooting, and another thing to do something with feeling, when something has touched you and you say, “Ah, that is something”, and when you record that, it becomes rich. If you click compulsorily, then you are a boring man.

Do you have any tips for people who are shooting with mobile phone cameras?

What do you mean by quality in this case?

The quality of the picture, the pixels, is not good enough for exhibition prints and big-sized prints. If you want to become a serious photographer, you cannot shoot with a mobile phone. Some of the mobile phones have cameras of good quality, but why? These days cameras are cheaper than mobile phones.

Maybe it’s because it’s convenient to carry a mobile phone.

What is more important, tapasya or convenience? Do you want to be a tapaswi who is doing meditation, or just want to take a happy-snappy picture and put it on Instagram? Instagram is a disease.

The way it is being used by most of the people, that is a disease. Sometimes my daughter puts my pictures on Instagram. I never indulge. I don’t even see it.

What do you think of the selfie?

Oh, this is a disease because everybody is doing selfies. Even in the most serious places — religious places, pious places, sad places, they are doing selfies. Showing self-love. And the second thing is that the lenses that there are in the phones are wide-angle lenses. So they distort your face. It’s an ugly thing unless you can do it very imaginatively.

Now that DSLRs are available at such reasonable prices, do you think that is making a difference to the quality of pictures people are producing?

Let me tell you that the technical quality of the pictures is superb.

What is your take on post-processing? Some people say changing the picture after it has been taken is not photography.

If you are doing documentary photography and recording things, then you cannot plant something which was not there. All you can do is light, dark, shade, colour correction, depth and details, which you used to do in the dark room. But if you are doing experimental, then you can be doing anything. But you cannot tailor and implant something which wasn’t there, which does not have its connection and meaning with the situation because photojournalism and documentary photography is the essence of photography. Of course, sincere portraiture and meaningful landscape photography is also part of that. Also industrial photography, fashion — but in fashion people manipulate a lot. It’s okay because they are making things look very pretty; it’s a different ball game.

What has been your most memorable shoot ever?

The next one I’ll do. If I’m not alive and I am living in the past, then I must be a dead man. Creativity never pulls you back into old things and thoughts. Something unique has to come from the skies, and it’s never short of that. Life and nature have many surprises, even today. Otherwise you won’t be writing, they won’t be taking pictures, someone else will not be creating music, because already so much has been done. And still there is no end to these things. There is an endless source that you connect with.