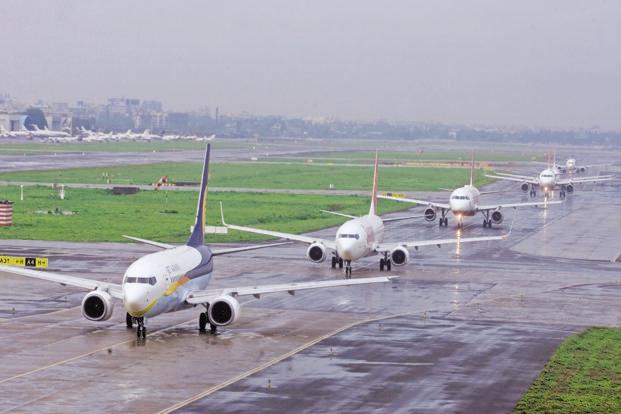 Airlines have, across domestic sectors, jacked up fares to an all-time high in what is seen as a change in pricing strategy which, industry analysts say, is a sign of cartelisation since all airlines are at it.

With no airline announcing a flash sale, fares remain high till March-end. Fares on popular sectors like Mumbai-Delhi, Delhi-Bangalore, Delhi-Chennai are all double the normal fares. Travel trade says that cheaper fares are available only on bookings done 30 days in advance.

“Flight fares for major domestic sectors are facing an all-time high with routes such as Delhi-Mumbai and Delhi-Chennai recording an average increase of 70% as compared to the same time last year.

“Flight fares to and from Delhi to cities like Bengaluru, Hyderabad and Pune have also seen an average increase of 30%,” Aloke Bajpai, CEO and co-founder, ixigo, a travel portal said.
Travel season extension

Ixigo, after analysing fares being offered, said that the change in pricing strategy may be owing to an extension in the travel season to January and February. “Airlines have also pulled back on announcing multiple sales, which is generally the norm during this period.

“This pricing strategy will also promote advance booking habits amongst travellers, except for business flyers who have no option but to book for immediate travel,” Mr. Bajpai said.
Aero India show

Flight operations at the Bengaluru airport would be affected between February 14 and 24 due to air space restrictions owing to the Aero India Show in the city at different times.

This has resulted in a sharp increase in airfares by over 20 to 30% during the period as lesser flights would be operational.

“Similarly, over 230 flights headed to Mumbai have been cancelled so far leading to fares being high on Tuesdays, Thursdays and Saturdays till March 30,” Mr. Bajpai said.

Airline blog site founder Ameya Joshi termed the high airfares by all airlines as an act of cartelisation.

“This is being done to sustain operations. Carriers are letting go of passenger loads but not their profits. They need to break even at any cost,” he noted. Mr. Joshi said that an analysis showed in the last two weeks it was clear that fares for 15 days to departure bracket had firmed up. “Expecting somebody to drop the ball sooner though,” he predicted.

A look at fares showed that fares to Prayagraj (Allahabad) from Delhi for the Kumbh Mela showed flights for this weekend (January 16-17) were available from ₹16,000 going upto ₹40,000. Delhi-Chennai fares for the same weekend are available for ₹16,000 return. Return fares on the Delhi-Mumbai route were available for ₹13,000 onwards.

Data by ixigo showed that Mumbai-Delhi fares were starting at ₹8,714 (one-way) for the next seven days and would be available for ₹3,889 in the travel date was between 15 days to a month. Spot bookings on the route showed a 63.27% rise in spot fares. Similarly, Delhi-Chennai fares for travel in the next fortnight are 92.19% higher.

Reacting to this, EaseMyTrip is offering a free bus ticket to these destinations from nearby airports. “We are recommending passengers to take a flight to the nearby airports like Pune, Nasik, Nagpur or Nanded for travelling to Mumbai or Chennai for travelling to Bangalore. The travel agency is offering a free bus ticket to Mumbai / Bangalore to make their journey simpler,” a spokesperson said.